When balancing on narrow planes, it is necessary to distinguish between static and couple unbalance, because the two types of unbalances have a different effects on the supports.


The following figure shows the effects ,on the rotor supports ,generated by a static unbalance applied on a over hang pump impeller.

Support loads are calculated according to the laws of static M = 0 ; R = 0 (The conditions for equilibrium are that the momentum and the resultant of all forces are zero). 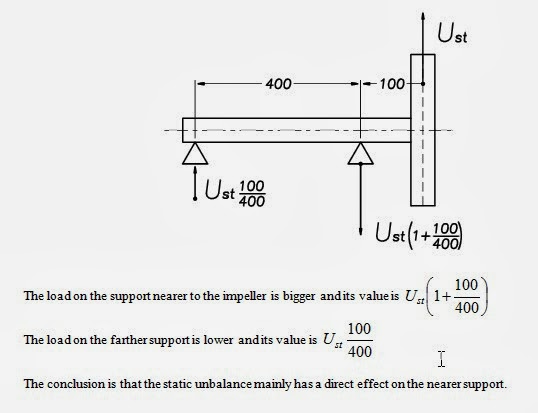 
The next figure shows the effect generated by a couple unbalance on the supports of an over hang impeller. 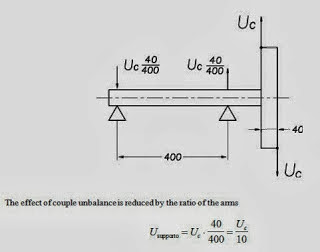 The effect of couple unbalance is reduced by the ratio of the arms.

For the above mentioned reason, different values for static and couple unbalances are specified. 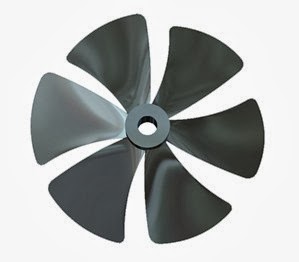